What is Tree Pollarding

Tree Pollarding is the method of pruning a tree smaller than they would naturally grow.

When we pollarding we remove the upper branches of a tree. This process helps to promote the growth of a dense head of foliage and branches. Pollarding also removes the lower limbs and any crossing limbs.

Pollarding might make the tree look ugly initially but soon will grow back with a thick crown. It is particularly important to ensure that young trees are pollarded.

We typically carry out pollarding when the tree is dormant, early spring or winter months.

Why do we Pollard Trees?

Tree pollarding is possible depending on the type of tree you have, the space available and also the age of the tree. Younger tree's crowns regrow far quicker than an aged trees and are less prone to disease. Below is a list of tree's that are typically pollarded, however, our tree surgeons would need to complete a visit in order to confirm the tree's suitability for pollarding.

When is the Best Time to Pollard a Tree?

What are the Benefits of Pollarding Trees?

Tree pollarding first and foremost improves the health of the tree.

Wood from trees is also a great source of fuel.

As well all know, trees can reach very tall heights. The taller they become the more hazardous they potentially come to members of the public. In order to reduce the risk of falling branches (so of which would be huge!), rotten stems, leaves - even fruits we employ preventative measures.

Trees that have not been tended for trimming may hamper further growth of new branches and leaves. This is especially important should the tree be bearing fruit.

Trees are also pollarded in order to harvest wood products. As an example, pollarding trees at eight-year intervals provides sufficient materials to manufacture fencing and for building boats.

We provide an exceptionally high standard of workmanship to both domestic and commercial customers. We operate across London, Surrey & Kent. We are local tree surgeons to Beckenham, Bromley, Crystal Palace, Croydon & all surrounding areas. 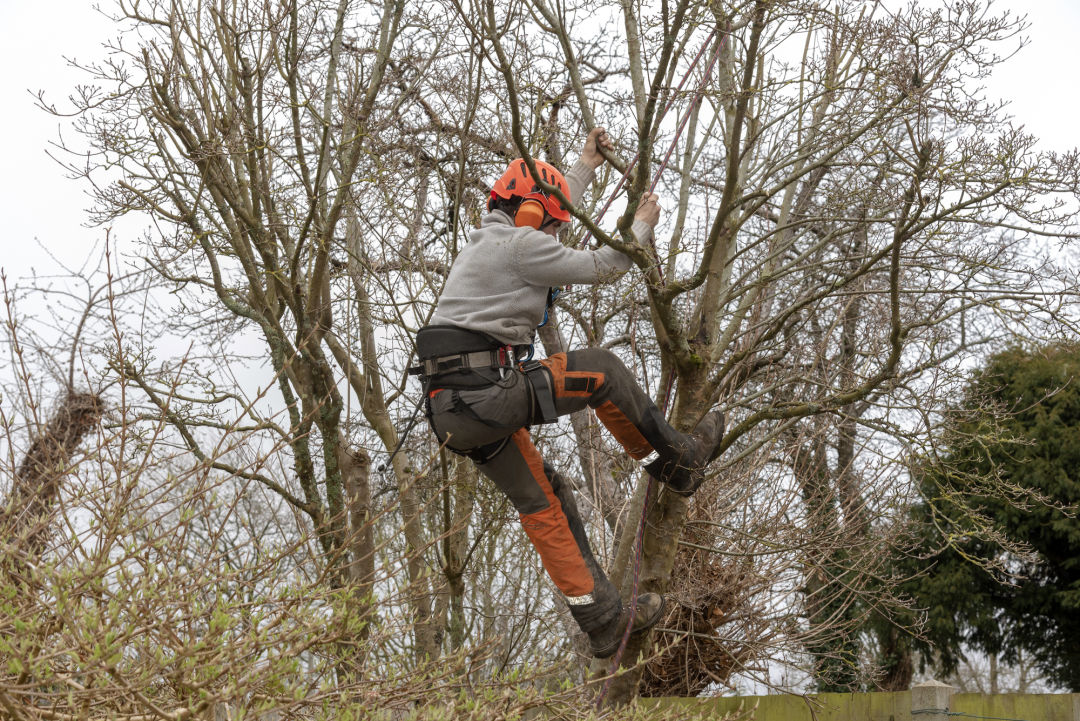 Talk to Our Friendly Expert Team....

Why Choose Tree Doctor
for your Tree Pollarding Services?

We have built an Outstanding Reputation as domestic and commercial tree care specialists with a fully qualified & passionate team that combines many years of experience.

We are the professional choice for arboriculture services and grounds maintenance across London Surrey & Kent.

Our services cover all aspects of arboriculture and tree care including tree and stump removals, pruning and pollarding. We trade as forestry and woodland management specialists with the expertise to create attractive landscapes that preserve local ecosystems and contribute to a sustainable future.

We are the professional choice for arboriculture services and grounds maintenance across London, Surrey & Kent.

Our customer's experience is paramount. We make it our business to provide an attentive & professional service for all our domestic and commercial customers alike from the very first moment you speak with us.

Feedback from a
Few of Our Customers

The guys from Tree Dr are truly the specialists. Richard came out to do a couple of site inspections at no charge, gave me advice a few issues I had. The team did a magnificent job of trimming my 5 giant trees on the property. They also took everything away and tidied up. I would recommend them to anyone. Excellent service. Thanks Richard and team.

We have used Tree Dr twice now and wouldn't hesitate to use them again. Polite, professional, no fuss!

Many thanks for your team's excellent work. The work was completed with the minimum of disruption, the pruning is imperceptible and the garden was left immaculate. We were highly impressed and would recommend you.

Stump grinding job. Very professional set-up. They cleared everything so well you wouldn't know where the tree stood! Would recommend and use again. Cheers 'tree' fellas.

Prefer to send us an email?
Contact us at:

Subscribe for all our news & updates. Please enter your email address below.